Engr. Adams Okoene is a Fellow of the Institute of Management Leadership and Productivity Development and currently the President of the Institute. He retired in a grand-style as the MD/CEO Midwestern Oil and Gas Company PLC, which commenced operations in 2001 and upstream activities in 2005.

He is currently a Non-Executive Board member of Midwestern Oil and Gas, one of Nigeria’s premier indigenous companies, Engr. Okoene is a 1970 alumnus of the University of Technology, Loughborough, UK. He is a Chartered Engineer of the United Kingdom and a fellow of the Nigerian Society of Engineers.

He has over 30 years of upstream experience with Shell Petroleum Development Company (SPDC) in both Nigeria and the Netherlands and took early retirement from SPDC in 1999 after holding management positions in engineering and human resources. As MD, Engr. Okoene was largely responsible for the development of Midwestern from a concept to a successful and substantial producer under his effective stewardship. Applying an innovative series of FTSA agreements he led the company in raising several hundreds of millions of dollars for the development of the Umasedege Field in OML 56, now with production capacity of c.25,000 BOPD.

As MD of Eroton E&P, he led the negotiations for SPDC’s interests in OML 18 and the company’s successful raising of $1.1 billion in a mix of debt and equity funding. He is also a member of Rotary International and has held senior appointments with Edo State Government. 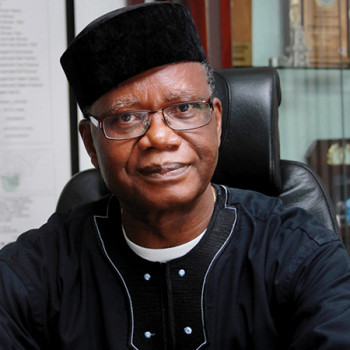